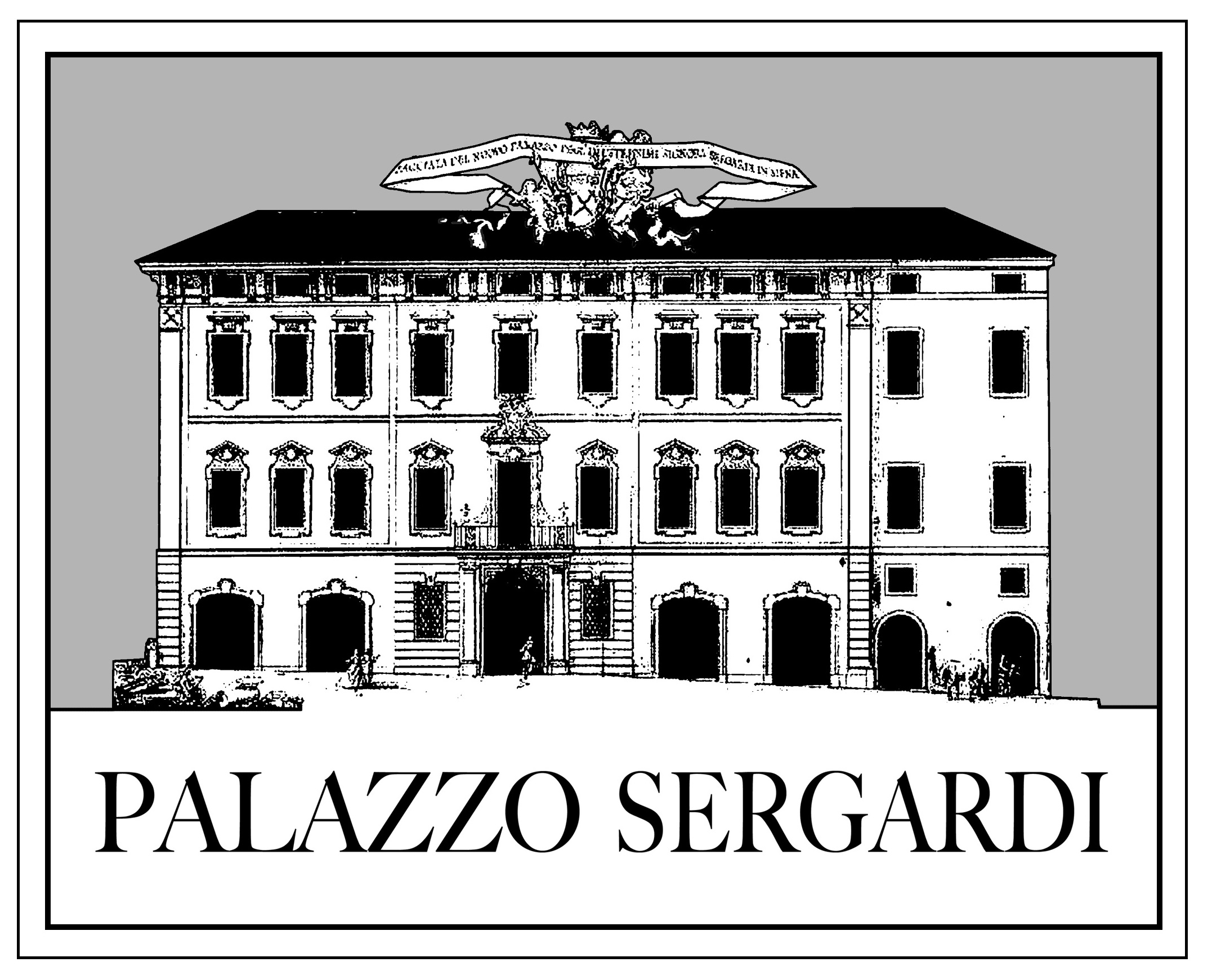 An 18th-century aristocratic palace built in 1744 by the architect Posi for members of the noble Sergardi family, Palazzo Sergardi Biringucci is situated at 118 Via dei Montanini in Siena, not far from Piazza del Campo.

Under the watchful eyes of the ‘marble’ forebears, the large 18th-century courtyard leads to the manicured lawn of a private garden adorned with roses, a rare variety of grapevine, splendid hydrangeas, and a romantic pair of medlar trees. It provides ample space (accommodating up to 120 people) for concerts as well as other types of events, such as catered lunches and dinners.

The garden is flanked by the former stables and tack room, both of which are particularly charming spaces that have recently undergone extensive restoration work and are ideal settings for exhibitions, musical events, small conferences, lunches, and dinners (up to 120 people).

On the main floor are six interconnected halls suitable for hosting cocktail receptions for guests of an event (up to 120 people on the entire floor).

Also on the main floor is the Piccolo Teatro (small theatre), a creation of Baroness Marga Sergardi Marmoross, who in the mid-20th century transferred to the family palace the theatrical tradition she had brought to life years earlier when she created (1935) the Teatro di Campagna (Country Theatre) in the garden of the Villa di Catignano.

Palazzo Sergardi Biringucci hosts intimate weddings, receptions, exclusive private events, meetings, exhibitions, private concerts, and book signings, all of which can be held in the halls of the piano nobile (main floor), the Corte degli Avi, the old stables and adjacent tack room, and on the lawn of the garden with adjoining catering area.

Still owned by a branch of the descendants of the humanist Ludovico Sergardi, known as Quinto Settano and author of Latin Satires, the Villa of Catignano was built by him in the 1600s, based on his project.

Ludovico often took refuge there to restore his spirit from the fatigue of Roman politics; his Villa was the place where he loved to animate artistic and literary cenacles. It appears in a drawing by E. Romagnoli of the early nineteenth century and constitutes a fine example of architecture typical of the period, distinguished by the purity of the lines and, with the family chapel, overlooking a suggestive Italian garden decorated with statues depicting the Four Seasons. For several years the Villa and the adjoining Farm have been managed as a Residence and are the ideal place for Events and for those who want to spend unforgettable experiences there. 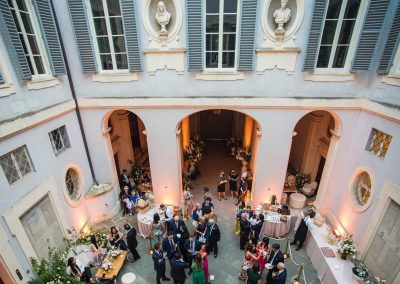 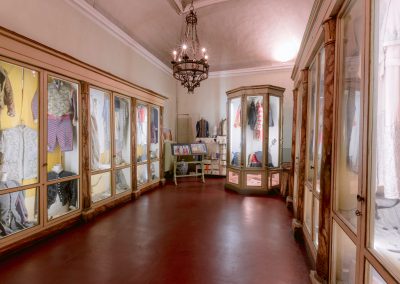 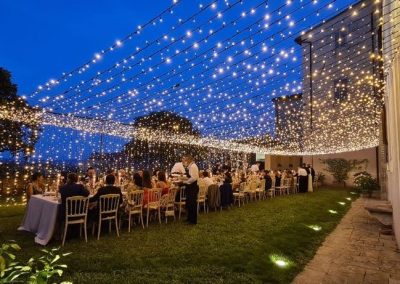 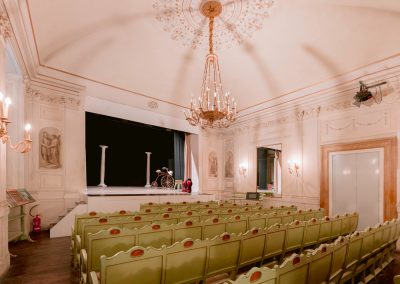 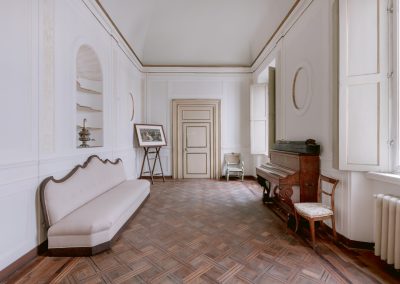 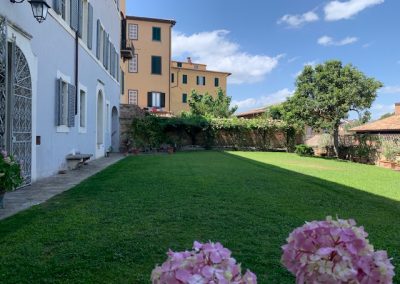 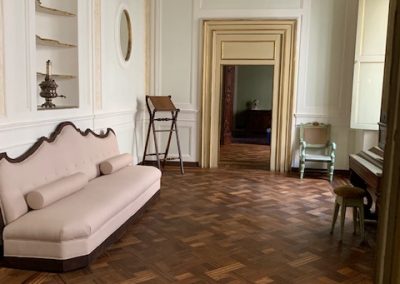 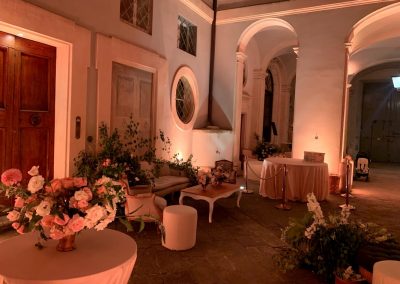 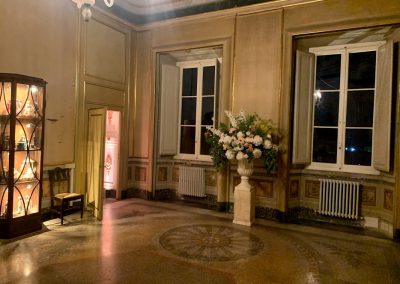 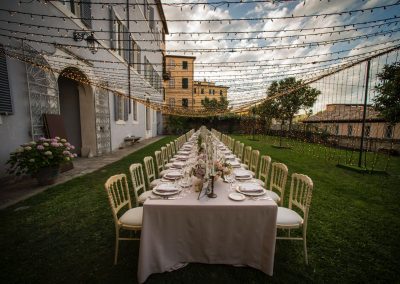