The 13th-century tower known as the Torre delle Sette Seghinelle stands in one of the most central locations in medieval Siena: in the prestigious Via di Città and along the Costarella de' Barbieri as it descends into Piazza del Campo.

After climbing four flights of stairs inside Palazzo Accarigi, you reach the serviceable part of the Tower.

From here, there are two more flights of stairs located within the Tower. The first flight leads to a room with an impressive medieval barrel vault ceiling. The second flight of stairs leads to the magnificent open-air terrace at the top of the Tower.

The Tower, a medieval symbol of the owner's power, was erected by the Accarigi in the 13th century and was first referred to as Rustici al Canto della Costarella, known as the Torre delle Sette Seghinelle.

In the 14th century, the Accarigi family had Palazzo Accarigi built in Piazza del Campo and on the Costarella, which incorporated the pre-existing tower, thus creating a tower-house.

The Accarigis belonged to the Guelphs, the ‘Greats of Siena’ and the Government of the 9, entering the ‘Patriziato’ in 1753.

Both the Tower and the Palazzo are under a protection of historical monuments order.

According to one theory, the Seghinella was an ornament of stones at the top of a tower arranged like a chessboard, and that the Tower was so called because it had seven tiers of this ornament at the top.

The Tower is built of cavernous limestone, or ‘pietra da torre’ (tower stone), used in the Romanesque period for towers and the palaces of noble families.

The venue can be rented for: 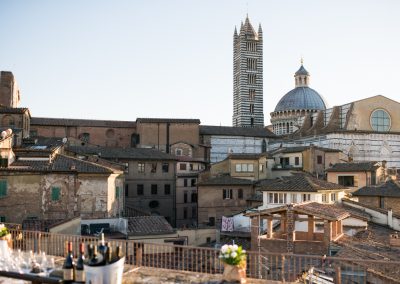 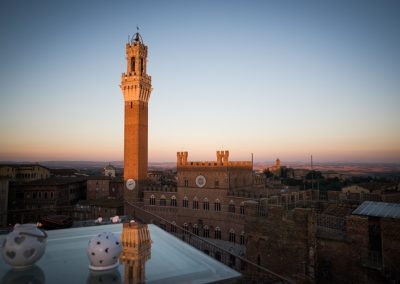 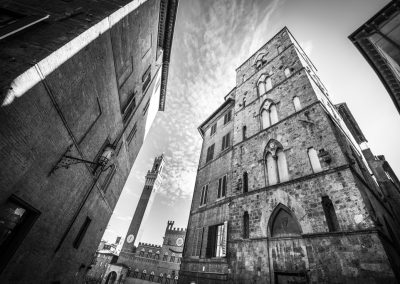 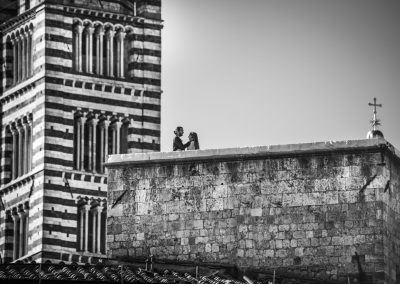 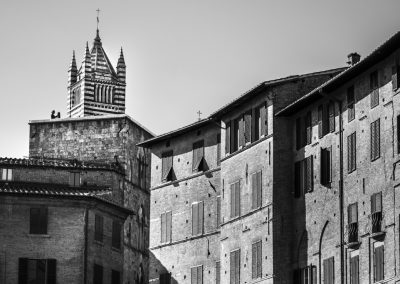 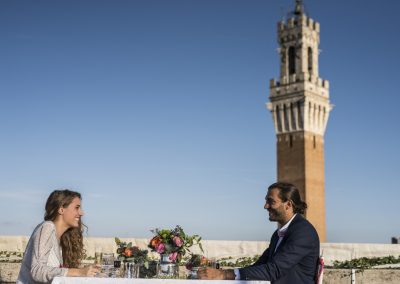 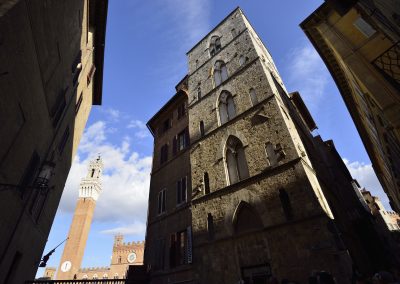 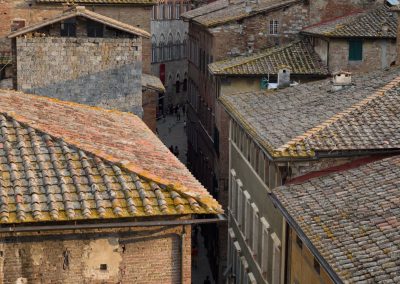 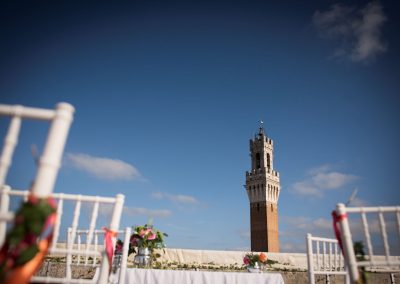 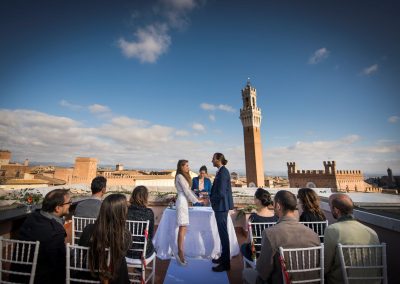 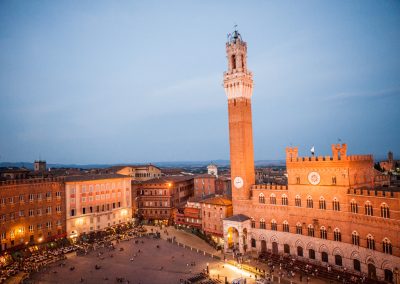 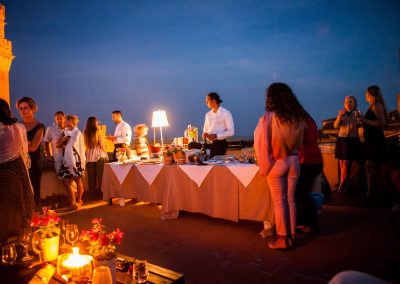 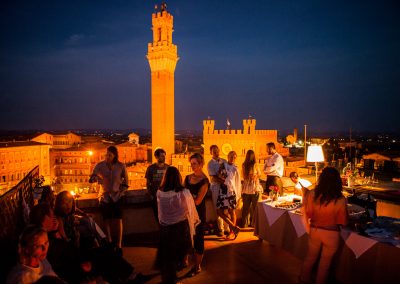 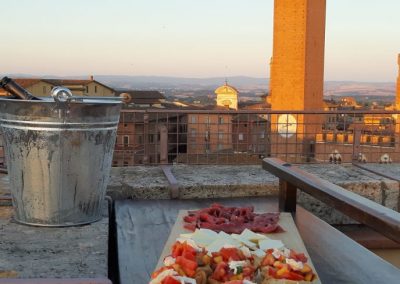